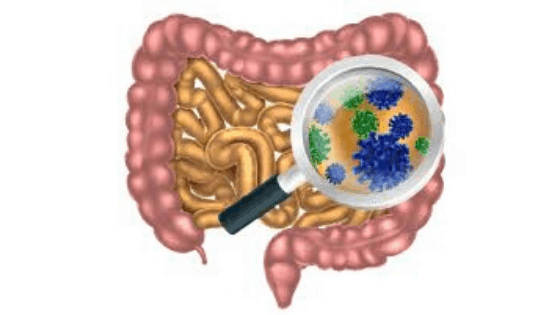 The prevalence of SIBO (small intestinal bacterial overgrowth) in IBS patients is between 60-80%. That’s right, many IBS smptoms might actually be caused by a bacterial imbalance in your gut.

Our gut is home to an abundance of micro-organisms such as bacteria, parasites and fungi. Most of the bacteria live in the large intestine with much less living in the small intestine.

SIBO is the abnormal (over)growth of bacteria in the small intestines. Symptoms include nausea, reflux, abdominal cramping, bloating, flatulence, food intolerances and diarrhoea, the very same symptoms as IBS-D (diarrhoea).

IBS-C (constipation) may also be linked to SIBO although it tends to involve the overgrowth of different bacteria compared to diarrhoea-dominant SIBO and is both a cause and effect of slow bowel transit.

There are many risk factors that can cause SIBO including:

A bacterial overgrowth causes over fermentation of food by bacteria in the gut and that’s what causes the bloating, gas, bad breath, abdominal pain, food intolerances, diarrhoea and/or constipation as well as MANY other symptoms that aren’t linked to your gut such as:

SIBO can also cause other complications such as malnutrition, anaemia and intestinal damage resulting in malabsorption of nutrients.

What can we do about SIBO?

Thankfully there are ways to improve gut function and reduce the bacterial overgrowth so that we can either lessen or resolve these symptoms:

*SIBO is considered to be a relapsing condition unless the underlying cause is well managed or addressed.

The symptoms of IBS and SIBO overlap considerably. Your IBS-C or IBS-D might really be a bacterial overgrowth that has many causes and consequences – not just relating to your gut but also your whole body, hence why it can cause so many symptoms that vary from person to person.

This website uses cookies to improve your experience while you navigate through the website. Out of these, the cookies that are categorized as necessary are stored on your browser as they are essential for the working of basic functionalities of the website. We also use third-party cookies that help us analyze and understand how you use this website. These cookies will be stored in your browser only with your consent. You also have the option to opt-out of these cookies. But opting out of some of these cookies may affect your browsing experience.
Necessary Always Enabled

Any cookies that may not be particularly necessary for the website to function and is used specifically to collect user personal data via analytics, ads, other embedded contents are termed as non-necessary cookies. It is mandatory to procure user consent prior to running these cookies on your website.